Pushing Through, you must push through in prayer.

Prayer and fasting leans much on your yielding to God to push through. It’s a relentless conviction based on the HIS Word, holding on to the hope that HE means everything that He said!

“Daniel’s God is the living God, He lives forever His kingdom will never be destroyed. His rule will never end God helps and saves people He does amazing miracles in heaven and on earth. He saved Daniel from the lions”

Although this sounds like a Psalm, it was written by the heathen King Darius, and he sent it out to all four corners of the earth, as far as his empire had stretched. When someone gets a breakthrough, the world will hear about it.

Daniel is unique in that he lived to an old age, survived and served 3 monarchs, threatened with death many times, and from the palaces of heathen Kings wrote about the coming King of Kings.

What God has done before God can do again.

Church – let’s give one big push with prayer as we culminate these next hours fasting together before the King! 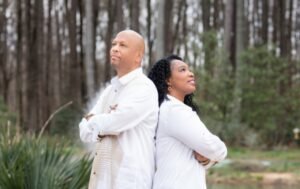